The next issue I have been facing is that while I CAN netboot 16 pi’s off one NFS server (That’s not a problem at all), it is when my ‘large’ available storage is my iscsi SAN.  I tried having a VM which mounted an iSCSI target and then NFS-shared it, but that’s just not working fast enough.  Time to investigate SSD caching.. the Kernel DMCache driver looks pretty good..

I have this old Lacie ‘Gigabit Disk’ NAS – it’s has an 800MHz VIA CPU with 4 x 250GB IDE drives in it.  It became too slow years ago, but I’ve recently picked up some H61M-ITX mini-ITX boards which work were selling off.  Think it’ll make a nice upgrade for the NAS 🙂 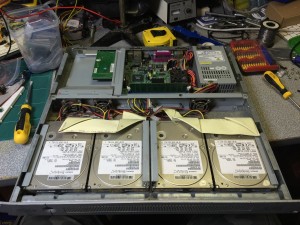 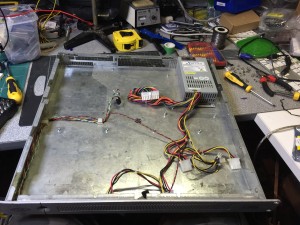 It’s a nice little unit.  Think it’ll fit what I want to put in it pretty well. 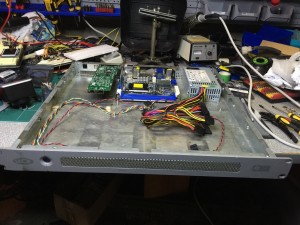 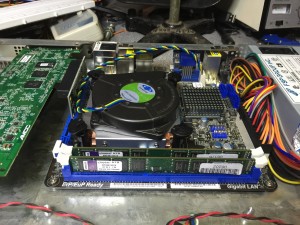 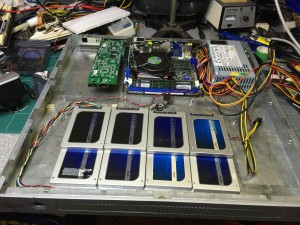